Based on the twelve principal deeds of Buddha, it reveals in a clear, entertaining and moving way the essential characteristics of a spiritual life.

It was performed over various years by Kadampa Buddhist students at the NKT-IKBU International Summer Festival in the Kadampa World Peace Temple at Manjushri KMC, UK. 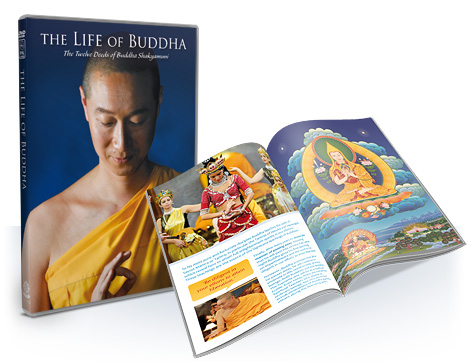 Click here to see if this DVD plays in your region


‘This is a holy, spiritual play. every part of this play shows great meaning, it is not an ordinary play.’
Geshe Kelsang Gyatso

The DVD features a recording of a special talk given by Geshe Kelsang Gyatso at the Kadampa World Peace Temple, England. A full -color 16 page booklet of The Life of Buddha is also included.

A source of constant encouragement and inspiration in our lives

By seeing this play again and again, we can discover the deeper levels of the spiritual message of Buddha's life. This play will be a source of constant encouragement and inspiration in our lives. Through it we can encourage ourself to take the real meaning of our human life, and learn how we accomplish this meaning by attaining the supreme happiness of enlightenment.


The Venue and Occasion for the Play

At these Festivals people gather from around the world; the many languages and accents spoken during the play reflect the different nationalities of people attending the Festivals. Drawn by a common wish to deepen their understanding of Buddha’s teachings, at these Festivals they receive special teachings and empowerments, and enjoy a spiritual holiday.

The Life of Buddha was filmed in the Temple for World Peace at Manjushri Kadampa Meditation Centre, England, from plays performed and produced by dedicated volunteers during the NKT-IKBU Summer Festivals between 2006 and 2012. 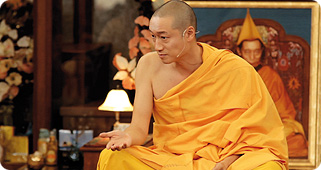 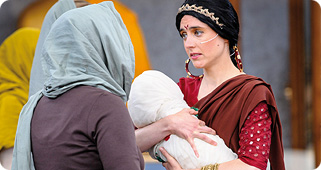 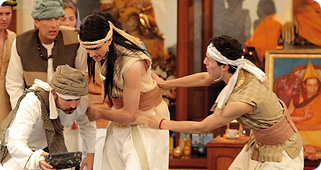 The Inspiration for the Play

Geshe Kelsang Gyatso is a fully accomplished meditation master and internationally renowned teacher of Buddhism who has pioneered the introduction of modern Buddhism into contemporary society. He is the author of twenty-one highly acclaimed books that perfectly transmit the ancient wisdom of Buddhism to our modern world. He has also founded over 1200 Kadampa Buddhist centres and groups throughout the world.

As well as encouraging the creation of this play, The Life of Buddha, and inspiring its performance, Geshe Kelsang’s special presentation of Buddha’s teachings are its main source material.