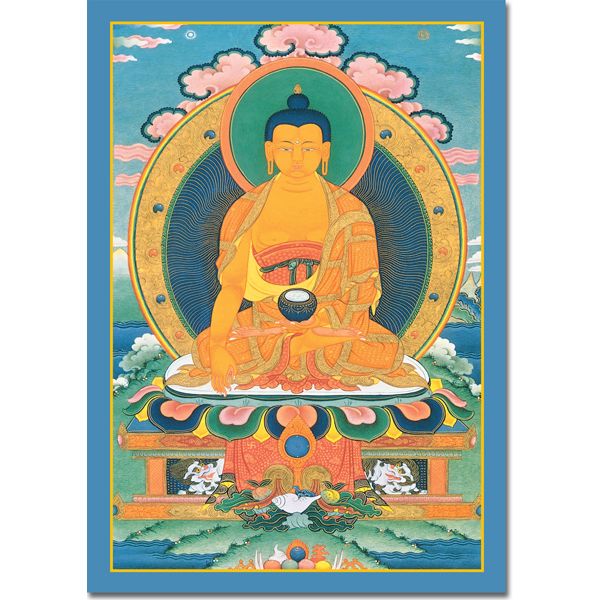 The founder of Buddhism in this world age, and the principal object of refuge for all Buddhists.
A3-12x16, A4-8x12, A6-4x6, mini 2x3.
In stock
ISBN / EAN
GRP-ART-BS1
Facebook Twitter LinkedIn Google + Email
Add to Wish List Add to Compare
Details
The fourth of one thousand founding Buddhas who will appear in this world during this Fortunate Aeon, and the founder of Buddhism in this world. Buddha Shakyamuni is the principal object of refuge for all Buddhists. He is holding a begging bowl filled with three nectars indicating that he has conquered the ‘demons’ of uncontrolled death, a contaminated body and mind, and delusions, and is touching the ground indicating his power to subdue all negative forces. In general, ‘Buddha’ means ‘Awakened One’, someone who has awakened from the sleep of ignorance and sees things as they really are. A Buddha is a person who is completely free from all faults and mental obstructions. Every living being has the potential to become a Buddha.
More Information